I’ve always wanted to create maps out my favorite stories, be it film, book, music, or game. I currently have several in mind, but I’ve decided to start with one that holds a very special place in my heart: Jurassic Park. It is a very compelling piece of work about the relationship between science and ethics, and it is even more relevant now than it was back in the 90s when it was released. The 1993 film adaptation by Steven Spielberg left my then-11-year-old-movie-enthusiast self literally gobsmacked.

So, here is my field map of Isla Nublar! 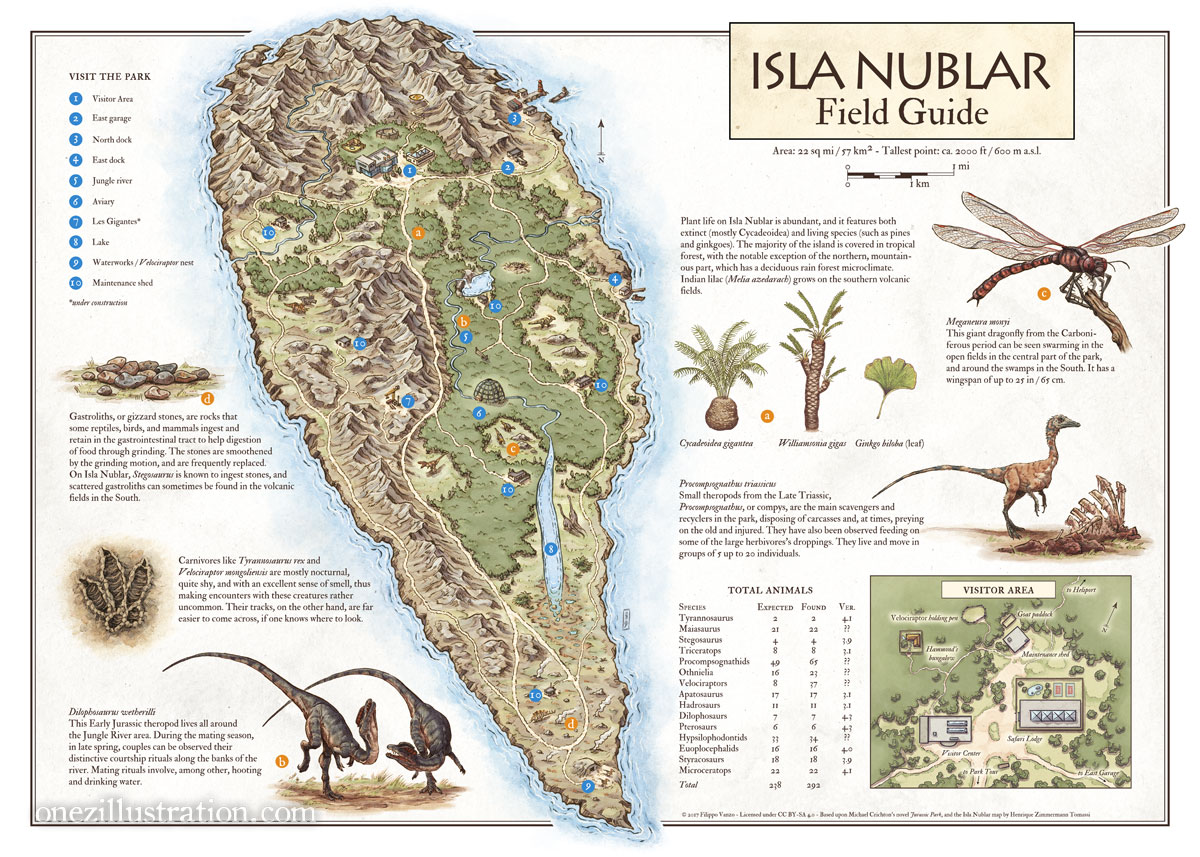 Where dinosaurs ruled the Earth

When designing the map I decided to approach is as it it was a field guide that visitors could pick up before exploring the park. I chose the novel version of the island, which I felt was more interesting, richer in details and easier to research than the one in the film. 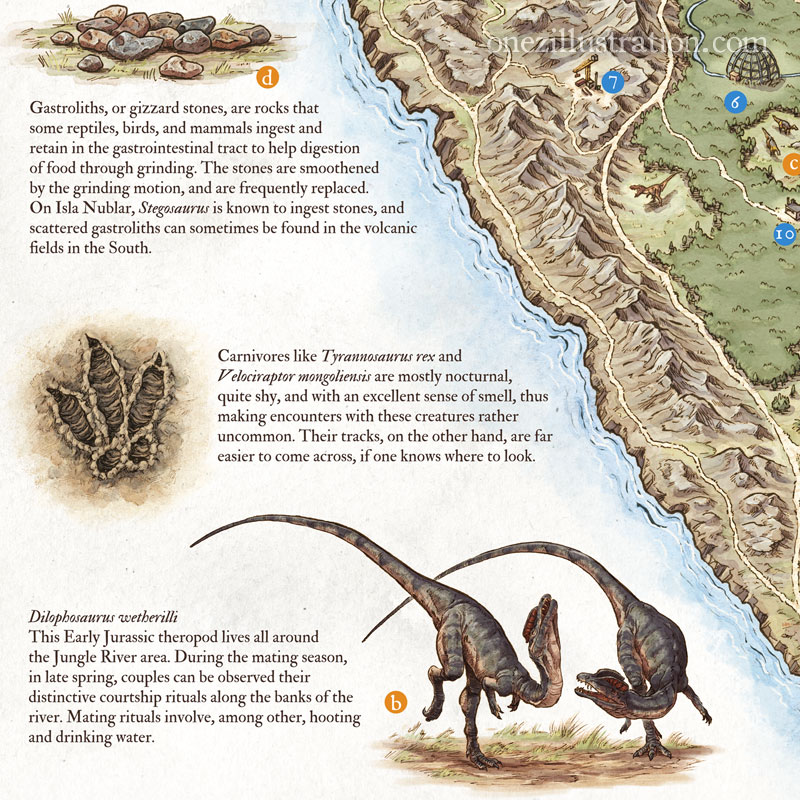 Most of the work in that sense has to be credited to Henrique Zimmermann Tomassi’s Isla Nublar map project, upon which my version is loosely based. Tomassi’s map is by far the most accurate fan-made map of Isla Nublar to date, so I used it as a starting point, double-checking his research and making some adjustments to the island’s topography to accommodate the more illustrative approach of my project. 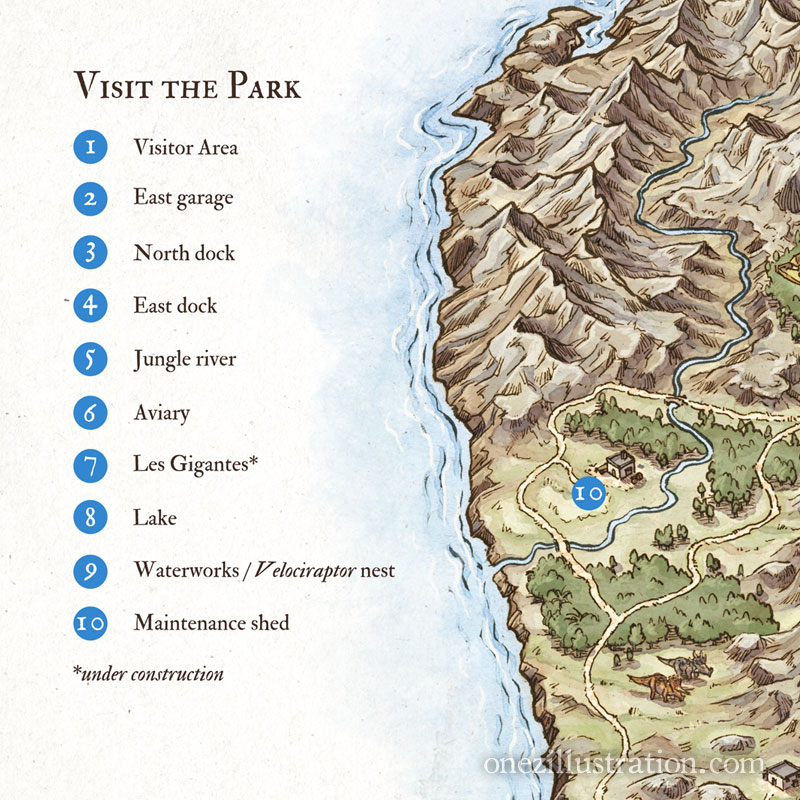 All the lineart was made by hand with ink and paper, then scanned, assembled and colored digitally. I’m posting a GIF that shows how the map’s creation process, from sketch to final. 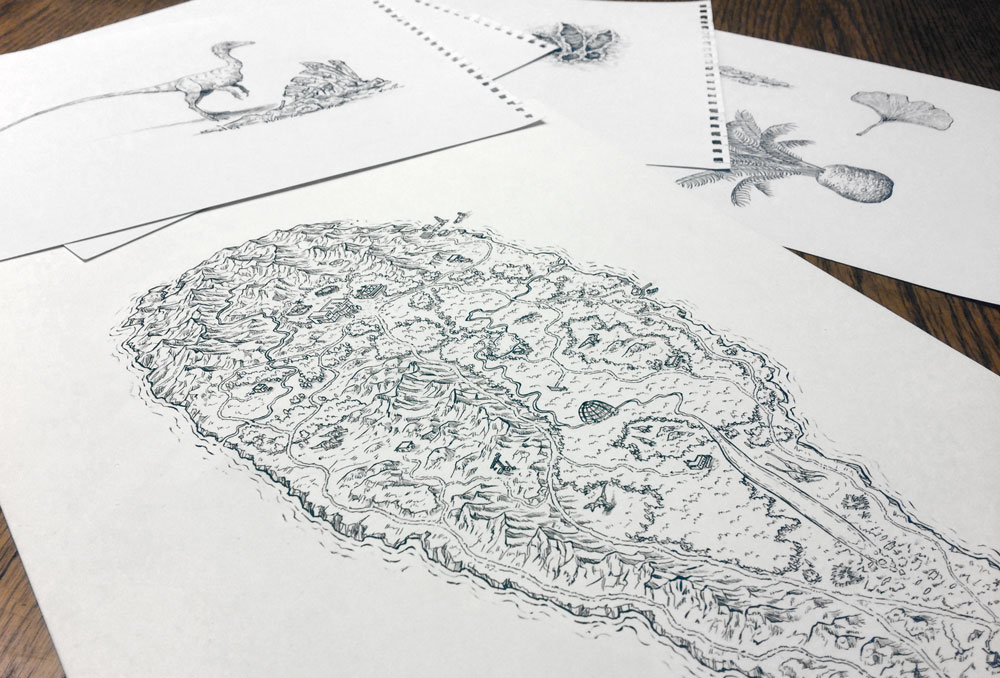 The Isla Nublar Gield Guide map is available for purchase from my shop at INPRNT.
0
Comments